Posted at 13:42h in European Destinations by Premium Incoming 0 Comments

Northern Ireland, a land of wonderful landscapes that haven’t gone unnoticed by the creators of Game of Thrones. Some of the most spectacular have been chosen as the setting in the well-known series.

The Castle Ward stands out for its gothic and classical architecture, making it a most special castle, in addition its surroundings are composed of an exotic and lush garden in which you will have to lose yourself.

The city of the Starks, in the cold North of the West, has been recreated in multiple places, among them is the Castle Ward. This castle is recognized by the images of the arrival of King Robert Baratheon with his troop and where they were received by the Starks.

Inch Abbey is known as a former monastery that is now in ruins. Its surroundings appear, on many occasions, in the renowned series of Game of Thrones.

These monastic ruins appear in the first season of the Throne Game series, when Robb Stark’s army reaches the Trident and the young man’s mother, Catelyn, negotiates the crossing with Walder Frey. 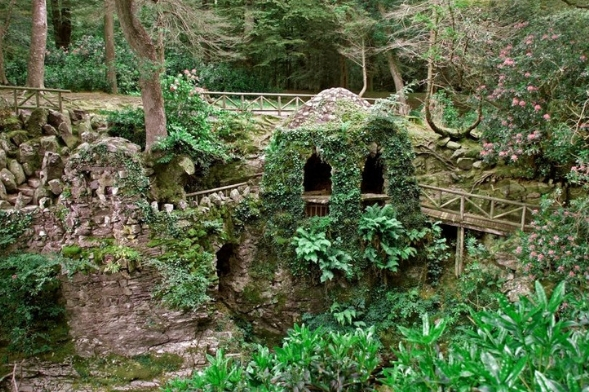 Tollymore Forest Park was the first state forest park in Northern Ireland. It has around 630 hectares of park, is situated at the foot of the Mourne Mountains and overlooks the rest of the mountains and the sea in the vicinity of Newcastle.

Tollymore National Park becomes the fiction of Throne Play in the Enchanted Forest, a huge forest that occupies much of the territory ‘beyond the Wall’. 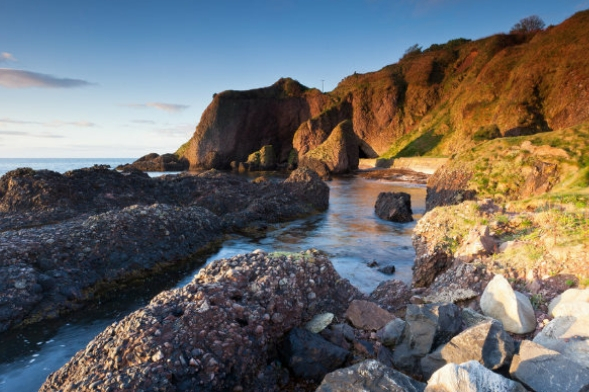 These curves are situated just beyond the beautiful coastal town of Cushendun in the county of Antrim in Northern Ireland. They are located on a beach off the Glendun and Glencorp valleys.

It is the cave where Melisandre gives birth to this “Creature of Shadows“, before the astonished presence of Ser Davos.

This impressive beech path was planted in the 18th century by the Stuart family. It was intended to impress visitors approaching the entrance to their Georgian mansion, Gracehill House. But what the Stuart did not take into account is that they planted too many beeches and very close to each other, which caused nature, over time, to make them grow as a whole towards the sun, creating a kind of tunnel with a vegetal vault that turns this road into one of the most beautiful in the world.

This tree-lined promenade has been used as the setting for the Throne Play series, and represents the King’s Way. 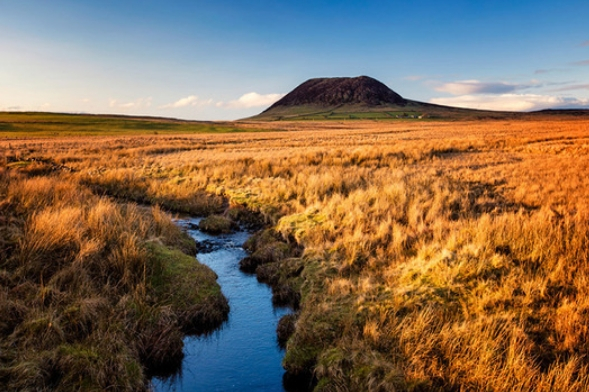 It’s a valley located in Slemish, County Antrim in the center of which is a small hill, Slemish Mountain, which is an extinct volcano. It is said that this was the first home of St Patrick in Ireland.

The meadows of Dothraki, where Danaerys and Drogo marry, were shot in this valley next to Slemish Mountain. 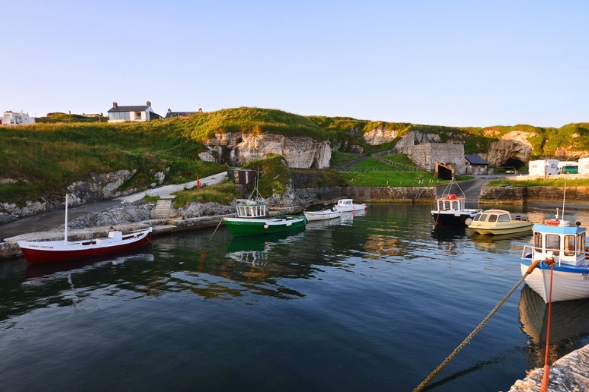 Ballintoy Harbour is situated in one of the most curious areas on the north coast of Antrim. This small fishing port is located at the end of a road between Calzada del Gigante and Carrick-a-Rede Rope Bridge.

The village was used for the fictitious town of Puerto Noble (Lordsport) on Pyke Island in the second season of the Throne Game series.

From Premium Incoming we encourage you to plan your next holiday in Ireland where you can visit different sites where filmed Game of Thrones like the ones we have proposed.