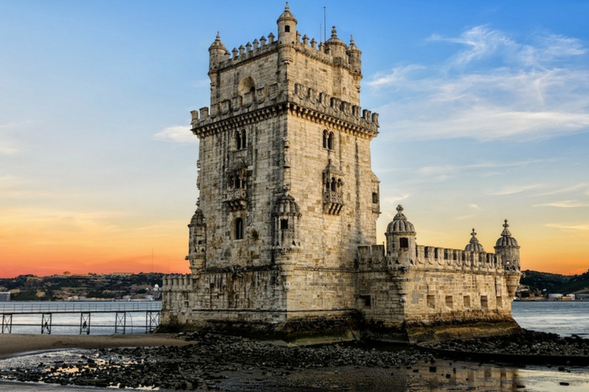 Posted at 12:43h in European Destinations by Premium Incoming 0 Comments

Lisbon is one of the cities that more Spanish tourist attracts. Its streets are the perfect combination between ancient and modern. It has very chic and cosmopolitan places, as well as classic and traditional spaces. A perfect city to spend a relaxing weekend.

Among the many curiosities that you should know about Lisbon we would like to show you the following:

Lisbon is known as “The City of the Seven Hills”: Santa Catarina, Estrela, Penha de França, San Pedro de Alcántara, Castelo, Graça and Monte. These hills make that Lisbon is full of impressive viewpoints where we can take a nice panoramic view of the city.

It has the longest bridge in Europe, the Vasco de Gama Bridge, with over 17 kilometers.

His yellow trams network has over a century of history; the Tram number 28 runs almost all the tourist attractions in Lisbon and is one of the most iconic image of the city.

Below the surface of the city is one of the lesser-known places of the city, the enigmatic Roman Galleries in A Baixa, which open to the public only three days per year.

People from Lisbon are often called “alfacinhas” (literally ” lechuguitas”, a small lettuce), nickname that comes owing to Lisbon was known formerly for the farming of lettuces.

The traditional music of Lisbon is the Fado, a nostalgic song accompanied by a Portuguese guitar. The most locals of fado are located in the Alfama neighbourhood.

The Christ the King statue is a copy of the Redeemer Christ in Rio de Janeiro. It has a height of 28 meters.

Lisbon has two buildings classified by Unesco as a World Heritage Site: the Jeronimos Monastery and the Belem Tower. 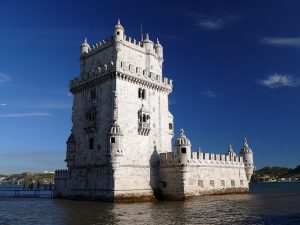 On November of 1755 an earthquake destroyed almost the entire city, claiming the lives of 40,000 people. The current cobbled streets of Lisbon were built with the rubble of collapsed buildings during the earthquake.

The Benfica, the most iconic football club of Lisbon, entered in 2006  in the Guinness Book of World Records for being the club with more members of the world.

If you’ve been wanting to know more about Lisbon here you have a post about the “100 things that you should know about Lisbon” or visit our website and our destination tap.