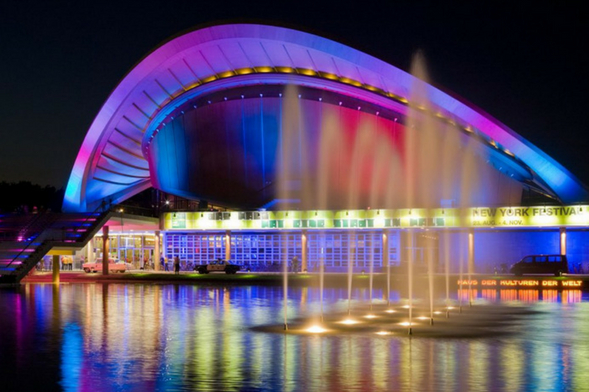 Posted at 10:54h in European Destinations by Premium Incoming 0 Comments

Berlin is considered one of the most important cities in the European history during the last century. lt was a key element in the development of the Second World War, divided by a wall during 28 years and now the city is a symbol of modernity and underground culture. Berlin is a city that offers you a wide range of activities and sightseeing.

lf this is your first visit to Berlin we suggest you 10 places that you can’t miss:

The Brandenburg Gate is one of the most important symbols of the city. Inaugurated in 1791, it has a neoclassical style, 26 meters high and is one of the most typical images of Berlin. The chariot statue that is crowning the door is a copy, because the original was destroyed during the World War II. 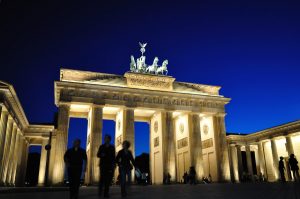 This monument is a work of the architect Peter Eisenman and it was completed in 2004. The “Memorial monument to the Murdered Jews in Europe” is one of the most solemn places in Berlín. lt consists of 2,711concrete blocks at different heights which allows visitors to create their own path. The walls of one of its rooms are covered by all the names of people killed during the Holocaust. lt would take more than 6 days to read all of them. 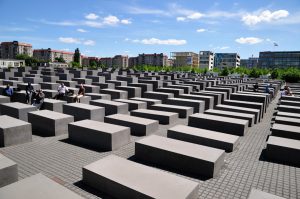 The biggest stretch of the Berlin wall that still stands is known as East Side Gallery. lt has over 1 kilometer in length and is the largest outdoors art gallery in the world. Symbol of post-nazi Germany, in the East Side Gallery we can see a lot of art work of artists who contributed with their vision about the future of Europe. One of the most representative graffiti is the Russian leader Leonid Brezhnev kissing Erich Honecker, leader of the German Democratic Republic. 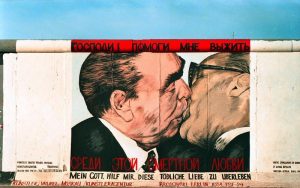 This church,built in 1845,was largely destroyed during a bombing raid in 1943. Instead of being renovated, its ruins were preserved as a reminder of the horror of war. Next to the church were built a modern chapel and a bell tower. The curious image that makes up the three buildings is known as “the powder, the rotten molar and the lipstick”. 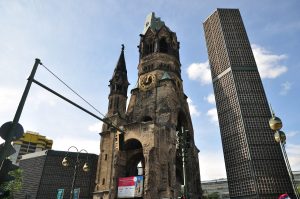 This island in the northern part of the Spree River, houses five of major museums in Berlin and some of the most important in Europe. You can also visit the Cathedral of Berlin. This artistic ensemble was declared World Heritage Site in 1999. The best known museum is the Pergamon Museum. 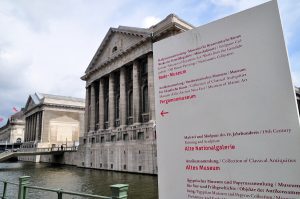 The next week we will publish the second part of this post.