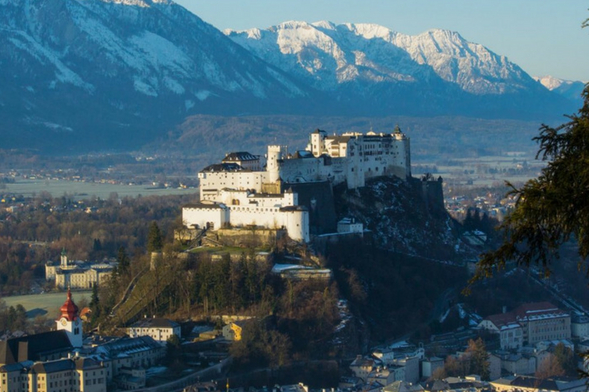 Posted at 10:12h in European Destinations by Premium Incoming 0 Comments

Salzburgo is definitely one of the main tourist cities of Austria. The city was declared World Heritage Site by UNESCO (The Salzburg Old City and Schönbrunn Palace) and is known for its architectural beauty and its fairy-tale landscapes.

It is also known because in this city was born the famous musician Wolfgang Amadeus Mozart, and many representatives of symphonic music.

Salzburg has a cultural life centered primarily in music. You can enjoy numerous concerts and shows, with more than 4,000 performances a year.

The most important of all of them is the Salzburg Festival, one of the most prestigious festivals of classical music in the world.

Wolfgang Amadeus Mozart is the most representative figure of Salzburg. Throughout the entire city, you can enjoy many places related to the musician.

Mozart’s Birthplace is located at 9 Getreidegasse Street, one of the most iconic and important streets of the city, its visit is a must for every music lover. It has a museum, a workshop, a research center and a shop.

You can also visit the Mozart´s Residence, which houses a museum in his honor. 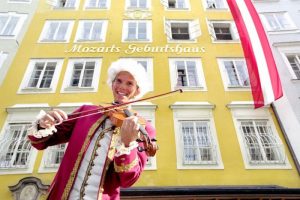 Salzburg has one of the most beautiful historical city centers of Europe. Surrounded by many places of interest, this baroque city (although you can see more styles in its buildings and palaces), was declared a World Heritage Site by UNESCO for its architectural beauty.

Places like Hohensalburg Fortress, which crowns the hill of the town, The Hellbrunn Palace or the Cathedral made of Salzburg one of the most important historic cities in Europe

The Sound of Music

The movie “The Sound of Music” was shot entirely in the surroundings of Salzburg.

The film, based on the true story of the Von Trapp family, is one of the main tourist attractions of the city, chosen mainly by foreign tourists, due to the film was not dubbed into German, is for this reason that Salzburgers do not know much about the film.

Places like The Benedictine Convent in Nonnberg, Mirabell Gardens and Mirabell Palace, where Maria and the children sing “Do-Re-Mi ‘(one of the most popular songs of the film), the St. Peter’s Cemetery or the Leopoldskron Palace and Frohnburg Palace are some of the many locations where the film was shoot.

If you looking for incentive trips in Salzburg, contact us so we can tell you everything we have to offer to ensure you make the most of this destination.